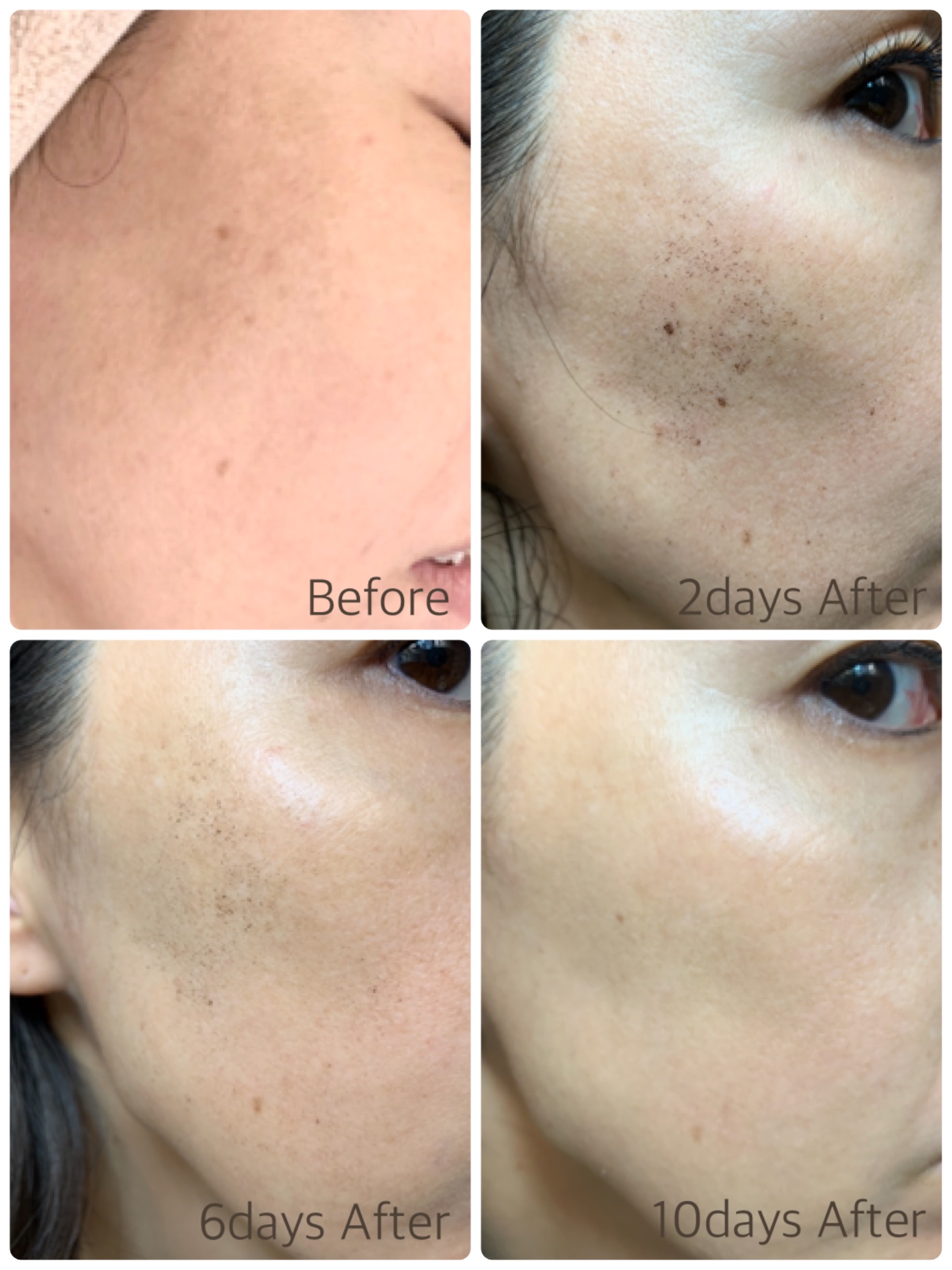 These are before & after pictures of IPL Photofacial treatment I experienced.  My concern was light brown spot on my right cheek.

(As the “before” picture was taken in the treatment room under orange light, it looks more orange than others.)

I had brownish discoloration on the upper cheek.

When I saw the hidden brown spots emerged out and turned black, my expectation was running high.  However, my 4 years old son said, “Mummy, what’s wrong with your face?  It’s dirty ………”

The darkest spot peeled off and turned clean.  If you look closely, there are still many small black spots.

After brown spots which emerged completely black peeled off, my complexion was enhanced.  Applying makeup became easier and the pores were tightened.  I received compliments from my friends.  If you check closely, you might see the potential spots coming out.  (It’s hard to see in the picture though)

I recommend that you should have a treatment every four to six weeks intensively, total 3 – 5 times.

Sorry, the comment form is closed at this time.